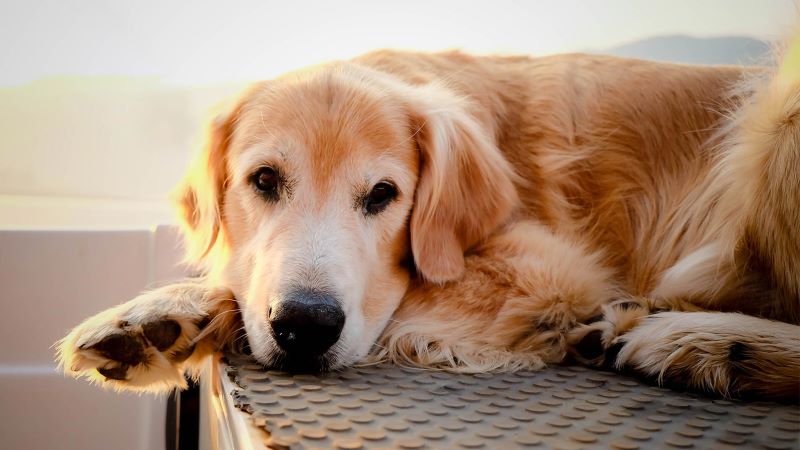 My brother-in-law seemed so down as he described his senior dog’s struggles with just getting up off the floor in his home. Jody, his large yellow lab, still has plenty of life in him, but his aging joints are not allowing him to get into the position he needs to gain traction and hop up like he used to do. It seemed my brother-in-law and his wife were going to have to assist in this very basic process of life, which was wearing on them almost as much as it was their four-legged, normally energetic and happy-go-lucky pup.

Until they discovered boots.

I have to admit, I normally see boots on dogs and can’t help but roll my eyes a little bit. Seriously? I am not a huge fan of clothes and ribbons and bows on dogs.  So when it came to shoes, I was skeptical.  But, when I saw the video of Jody racing around his house, running from room to room, confident in his new boots, I started to rethink my opinion of them. When I heard my brother-in-law talking about how those boots had given Jody a new lease on life because now, he could get up all by himself, I became a believer.

Whether you’ve had your pet since he was a baby, or adopted a senior pet, it can be so difficult to watch our pets age. To see them no longer able to do the things that once lit them up. But thank goodness, there are some tools we can have at the ready when the everyday activities of life become too difficult for our pets.

The QUMY Dog Boots come complete with reflective velcro for night walking and an anti-slip sole for traction. Your dog will be bounding through the house like a puppy once you put these rubber-soled shoes on his feet. One reviewer said of her elderly golden, “Now the old man can walk with confidence and I don't have to have towels or rugs everywhere.” A bonus of the boots is the protection they can offer outside. These boots can keep your dog’s feet from blistering on hot pavement and keep them dry in the rain and snow.

For young pets, sliding around the house while chasing a toy is just part of the fun. But for aging pets, who are less steady on their feet, slipping and sliding on a hardwood or tile floor is not their idea of a game. A simple and inexpensive solution is to use rugs in areas of your home where your dog is most likely to spend time, and in the pathway to the door he uses to go out. We used rug runners when our dog started having trouble walking. Yoga mats are another good option. They provide good traction and can be easily cut to fit tight spaces.

And speaking of tight spaces...your aging cat is not going to want to abandon his favorite window seat just because he’s a senior citizen. There’s still plenty of good bird watching to be had. Consider adding a ramp or two to your house, in your dog or cat’s favorite spots. This Kitty Scratch Ramp serves as an interactive cat scratcher, ball toy, and grooming brush all in one. The Aeromark Pet Stairs for Cats and Dogs can be placed next to a couch or bed so your pet can easily climb up or down without having to jump or strain his joints.

Senior pets don’t move quite like they used to, but that doesn’t mean they can’t still enjoy a bit of independence. You can help them preserve their dignity by incorporating some of our tips into your daily life. They’ll be happier when they regain some of the freedom they had as youngsters...and so will you!