Our Capital’s Finest Felines – A Look Back at Presidential Cats 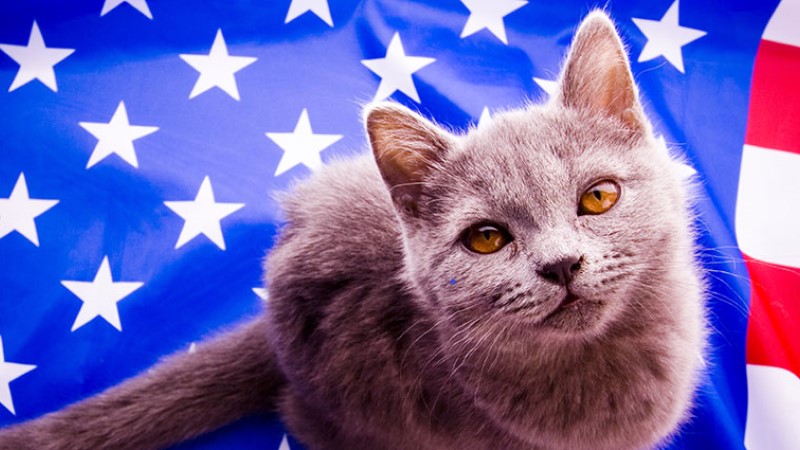 During an election year, presidential candidates and their families are under intense scrutiny. This includes their four-legged, furry family members as well! Cats have had a long history as White House pets and have become increasingly popular in recent years. We've decided to take a look back at some former presidents and their cats.

Besides cats (and dogs), our presidents have brought all kinds of pets to the White House, including pigs, goats, horses, snakes, rabbits, badgers, cows, fish, geese, guinea pigs, hens, hamsters, roosters, sheep (that grazed on the White House lawn), lizards, an owl, an alligator, a wallaby, a bear, a pigmy hippo, a ram, a flying squirrel, a turkey, a donkey. a raccoon, and a piebald rat. Some of these pets were owned by first families before moving into the White House and others were gifts from foreign dignitaries while they were in office.

Which president had the most pets?

Of our 44 presidents,Theodore Roosevelt had the most number of pets while living in the White House — 23 in all — nearly a zoo. President Kennedy ranks a close second with 21 White House pets.

Which presidents had no pets?

Chester Arthur and Franklin Pierce were the only presidents who never owned pets during their White House years. One president, Millard Fillmore, didn’t own pets in the White House but was very active in animal protection causes and leadership roles in his home state of New York.

The Next First Feline

Cats have admirably established themselves in Washington D.C.’s history, alongside our presidents and their families, with many more to come.  Who will be the next First Cat to live in the White House?  One thing is certain: presidential cats first took their place in our nation’s capital as rat-catchers and this will certainly continue to be a full time job.