Playing Tug of War With Your Dog 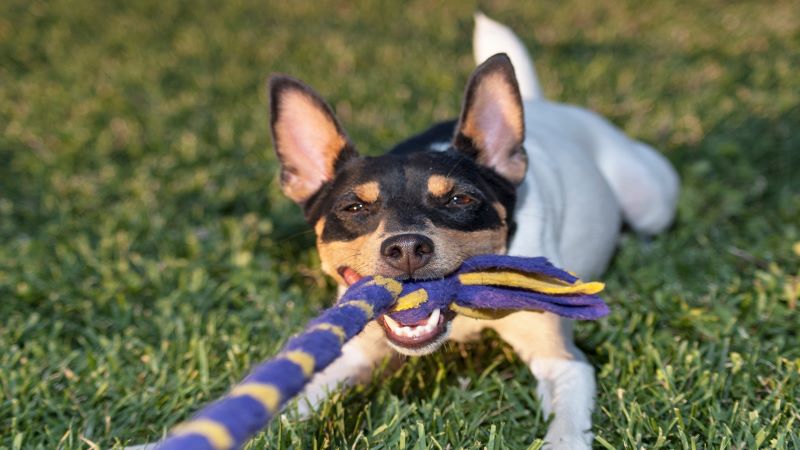 Tug of war can be a great way to interact with your dog, tire your dog, reward your dog with play, and teach your dog self control. Tug may also help to build canine confidence.

If your dog is new to the game of tug, you may need to drag and gently shake the toy on the floor and have your dog chase it! Avoid shaking the toy in your dog’s face – dogs generally do not like that. Praise when your dog interacts with the toy. After your dog is interacting and tugging with toy regularly, pair the playing with the toy with your tug command.

Is it about winning?

No, it’s not about winning! Most dogs that “win” a round of tug - by pulling the toy out of your hands - immediately bring the toy back to you for more tugging! It’s about playing. You may want a dog that needs more confidence to “win” more often.