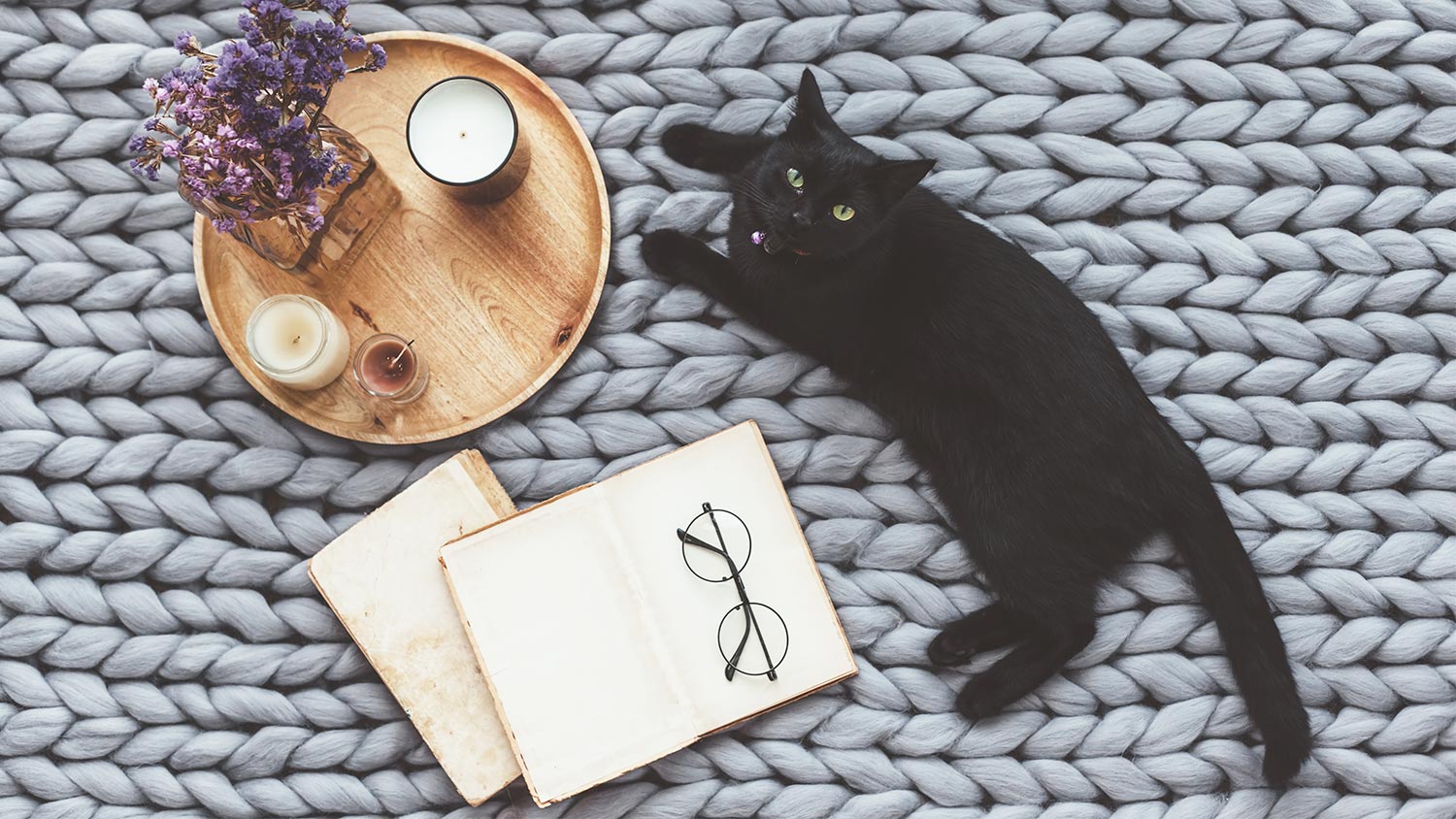 Tuesday, October 29, two days before Halloween, is National Cat Day. How appropriate that there is a day of celebration for our fine felines so close to a holiday that calls attention to the misfortune supposedly brought on by black cats! No doubt you’ve heard it before--a black cat crossing your path will bring you bad luck. The funny thing is, in some parts of the world, black cats are considered good luck.

For instance, in Japan, owning a black cat was once considered advantageous to a young woman seeking a husband. And in the English Midlands, a black cat was often presented to newlyweds to ensure good fortune and happiness to the bride.

So, why in our culture do black cats get such a bad rap?

The History of the Black Cat Supersition

The origin of black cats bringing bad luck goes back to Greek mythology. In one story, Zeus’s wife Hera transformed a servant named Galinthias into a black cat as punishment for interfering with her plan to delay the birth of Heracles. Galinthias then became an attendant of Hecate, the goddess of magic, witchcraft, and death.

Nowadays, these ancient stories are just fuel for the popular myth that black cats are bad luck. We’re here to debunk those myths with three reasons to love black cats instead of fear them...

1. They keep the rodent population at bay.

Got mice? There’s a cat for that! Black cats, in particular, are considered to be greater mousers and can be very helpful in keeping the mouse population in check in barns and sheds. At one time in our history, cats were often brought onboard ships to keep the rat population in check, and black cats were thought to be good luck charms on the open seas by British sailors. If you’re in the market to rescue a cat, a black cat may be the perfect choice for you. According to Keri Heise, adoption program manager of Animal Allies Humane Society in Duluth, Minnesota, “Feral cats that would otherwise be euthanized are great working cats and can live long, full lives helping keep someone’s barn mouse-free.”

The Bombay cat is an elegant and sleek black cat that may be the perfect choice for Carolina Panthers fans out there or anyone who secretly desires an affectionate panther as a companion. The Bombay cat is a hybrid of the Burmese and American Shorthair and has been nicknamed the “parlor panther” thanks to their exotic good looks. Not only are these cats pretty to look at, but they’re also affectionate and loving. According to Jeri Zottoli, The Cat Fancier’s Bombay breed secretary and judge, they make great pets. “They love their humans—they’re very friendly, social cats who would go home with anyone.,” Zottoli says.

3. They’re popular, on the big screen and off.

Think Felix the Cat from the silent film era; Figaro, a tuxedo cat belonging to Mister Geppetto and Pinocchio; and more recently Salem from Netflix’s Chilling Adventures of Sabrina (a spinoff from Sabrina, the Teenage Witch). These black cats own the screen, and when you welcome them into your house you may find they’re just as loved in your home. According to data compiled by the ASPCA, black cats are adopted more often from shelters than other cats. October may be the perfect month to welcome a black cat into your home, in honor of National Cat Day.

The bottom line is that black cats are no different than any other cat and you can enjoy the same benefits of cat ownership when owning one. Fearing bad luck when a black cat crosses your path is as silly as expecting good luck when you find a penny on heads! Nelson concludes, “Your luck is as you create it. It has nothing to do with the color of the kitty that walked across the path in front of you.”